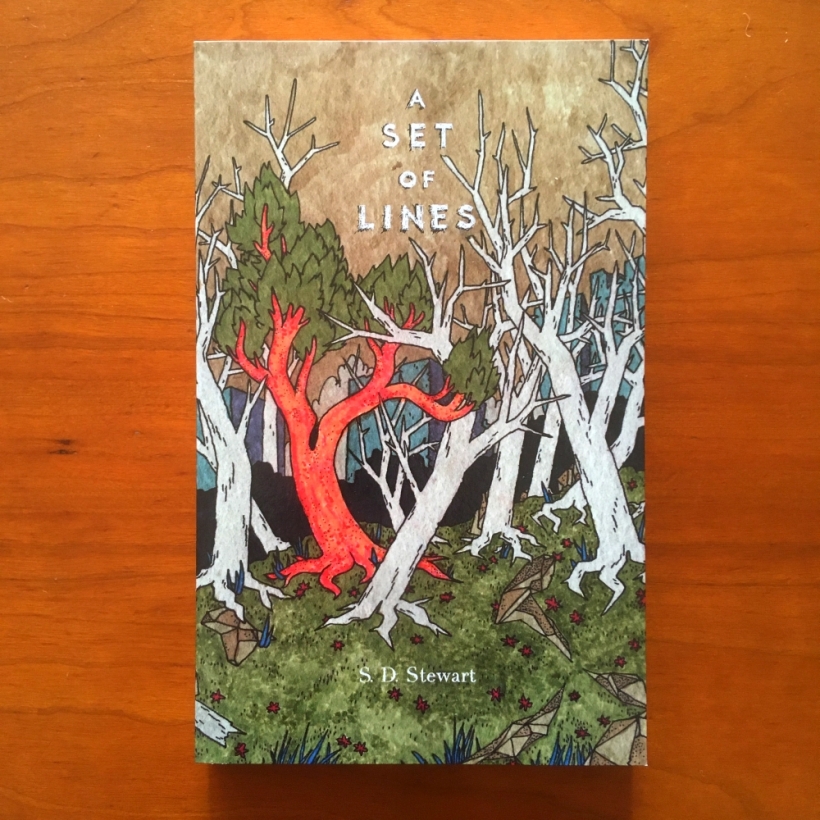 ‘She smiled. You’re deconstructing my face into a set of lines, reducing me to a mathematical equation that will make sense to you.’

A drawing is a set of lines. So is a letter. In S.D. Stewart’s prescient novel (published by Ghost Paper Archives), both are evidence of a reality which has been compromised and corrupted. The setting is a sunless future in which the earth has undergone ‘the Change’. It’s a claustrophobic world of enclosed cities and tunnels, of censors and fragmented memories, of artificial air and birdsong, and of Code Red days and masks. In an effort to retrieve what seem vital elements of his corrupted, compromised memory, the novel’s isolated and introverted central character keeps a dream journal, and looks for a way out of the nightmare in which he finds himself.

If the novel is dystopian, it’s because we are already facing multiple dystopian situations. It anticipates our near future, and the present which has come to pass even as the novel was having its finishing touches applied. In mostly simple sentences – themselves a set of lines – it generates mysteries which are both quotidian and complex, drawing you into the puzzling web of a world and a mind gone badly wrong; mysteries that neither its central character nor we as readers can ever quite hope to solve. The novel’s terrain lies somewhere between the surreal, labyrinthine hell of Alasdair Gray’s Lanark and the apocalyptic imagery of Anna Kavan’s Ice, and the end result is worthy of being filed on your bookshelves alongside those two immersive, unsettling fables.

3 thoughts on “A Set of Lines”